It is with deep gratitude that I write to you to thank you for your time and consideration that you spent with Don and me to help me to change my policy.  I will always remember your kindness, and hope you are very successful in your work.  You are a very gracious and pleasant man to work with.  Thank you again. 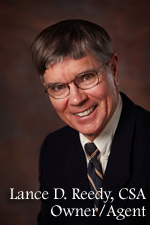 For over fifteen years I have been specializing with people who are Medicare beneficiaries. It’s an age group that I sure enjoy working with. I’m on Medicare myself.

I am fully sympathetic with people that are perplexed by their looming 65th birthday and trying to figure out the daunting number of choices regarding their Medicare options.

There are lots of agencies selling Medicare products, so what sets Northwest Senior Insurance apart from just about everyone else?

I’ll start with our Mission Statement:

The words in any mission statement may sound lofty, but what do they really mean in actual life’s experiences? The following are some examples.

Sometimes it’s advising people that they don’t need a Medicare supplement because they have a perfectly good employer or government health plan. From time to time we have encountered people on Medicaid who thought that they should have a Medicare supplement. We have recommended to them that they consult their case worker as they likely will not need it.

We would rather walk away from a visit with no sale rather than doing anything that compromises our standards for honesty and doing what’s right for our people. Recently, I (Lance) was in a home for almost two hours and just about had a lower cost Medicare supplement application ready for the party’s signature. Then a last-minute detail arose which meant that it was doubtful that I could save her any money. I told her that she would have to keep her present plan for another year, and then we would revisit the situation then.

What do I mean when I say “care and respect” in my mission statement? Sad to say, seniors, and younger people for that manner, have become victims of not only scams, but just shoddy marketing by people who view their customers dispassionately as a way to just make a buck. A few months ago I was in a home in Kalispell, Montana, and the party, we’ll call her Karen, showed a mailer to me that had a plastic, wallet-sized card attached to it. The card had her name embossed on it and said something like “Medicare Preferred Review”.

Karen was confused and initially thought that it was something from Medicare. She called the 800 number on the mailer and left a message. Within thirty seconds some agent called her back pushing his more expensive Medicare supplement plan. Needless to say, this was a boiler room operation. In my opinion, such flim-flam marketing, especially to seniors, is despicable.

Another party, Donna, reported to me her encounter with an outfit from Florida that contacted her initially via email in regards to replacing her existing Medicare supplement. After the initial contact, she told the outfit that she was no longer interested. They called her back multiple times. Apparently they didn’t understand the meaning of the English word “NO”. 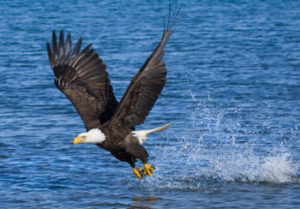 Sad to say, the marketplace is rife with this kind of shoddy and unethical marketing. Unfortunately, it doesn’t stop with just the boiler room operations. I’ve seen many questionable things printed in mailed brochures from name-brand companies. You would think that they would know better, but they, too, push the envelope on ethics.

None of the aforementioned examples has any place in our practice at Northwest Senior Insurance. Rather, it is our intent to treat everyone that we meet with the highest degree of honesty and respect.

What Kind of Shopper Are You?